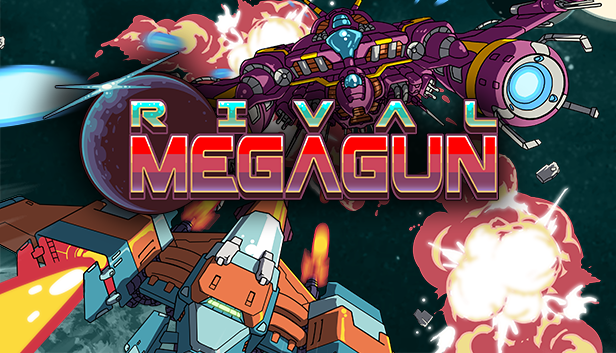 After nearly two years of development for 4 platforms by 1 guy, Degica Games is excited to announce the manic, PVP, battle-shmup, Rival Megagun, will be out on November 29th for PS4, Steam, Xbox One, and Nintendo Switch!

Rival Megagun is a competitive split-screen vertical shmup (or shoot ’em up, shooting game, STG) where you transform into a gigantic boss ship – your “Mega Gunship” – to invade your opponent’s screen. 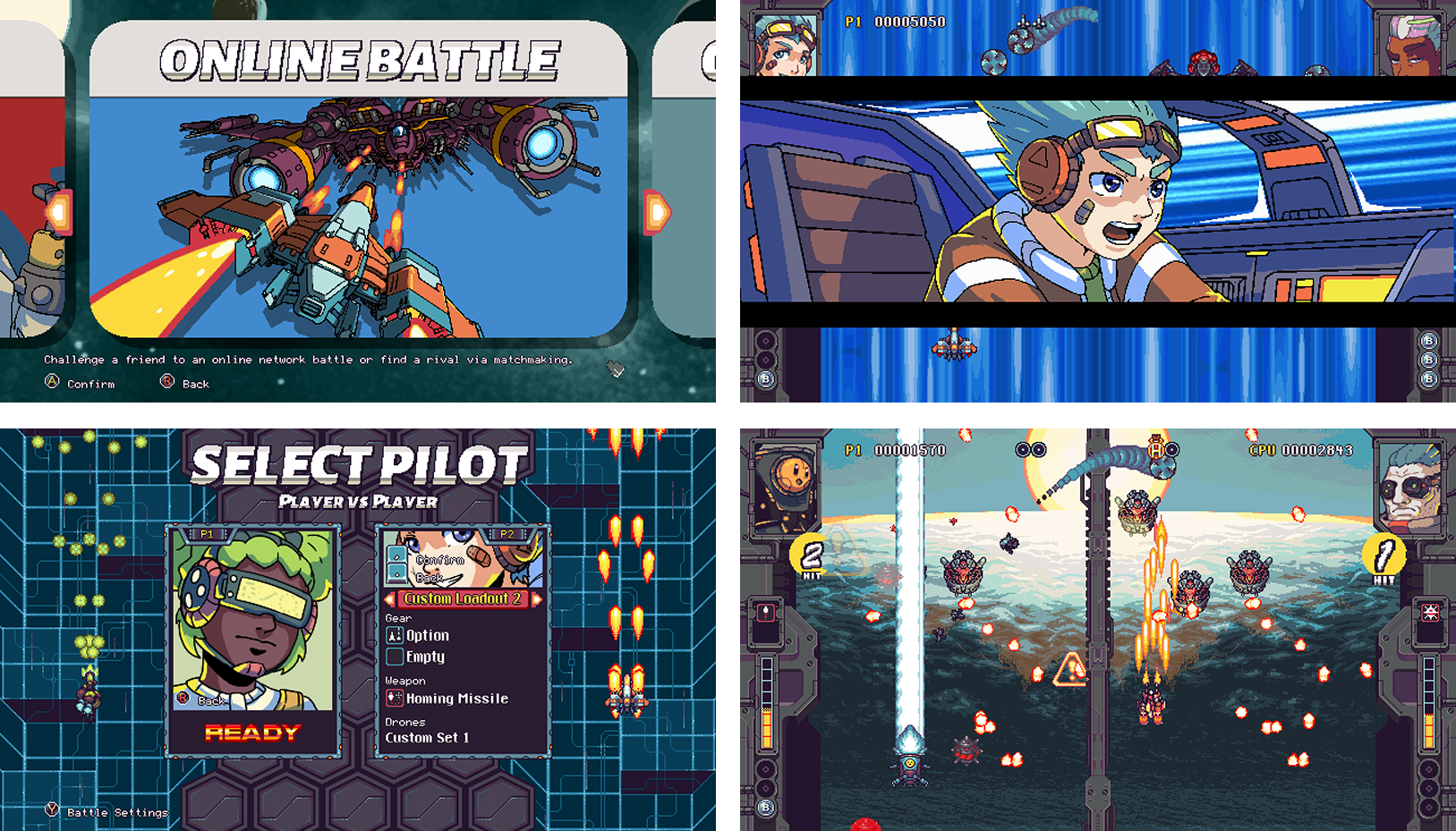