Welcome Degica Games fans, to our first Rewind article! In Rewind, we’ll look at one of our games that has been out for a while, and talk about the history, and a bit on why we think it is a must-have!

For our first rewind article, it’s time to look at the bullet hell shmup JUDGEMENT SILVERSWORD -Resurrection-, developed by MKAI, and brought to you by Qute and Degica!

Way back in 2000, Qute developed, and Bandai released a devkit for Bandai’s WonderSwan known as the WonderWitch, opening up the WonderSwan to easy homebrew development. This led to the 2001 WonderWitch contest! Lasting from 2001-2003 in Japan, this contest to create games for the WonderSwan was hotly contested, and the two games at the top, one of which was JUDGEMENT SILVERSWORD, became the last two games ever released for the system. 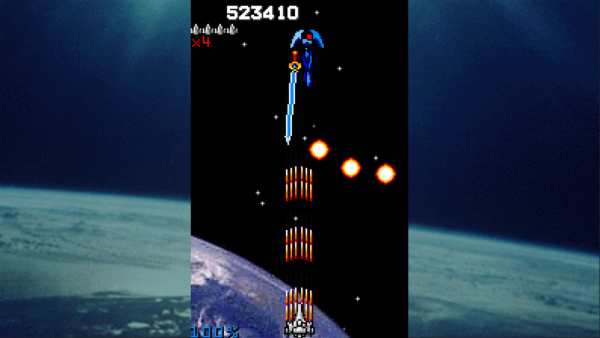 Releasing so late in the life cycle, JUDGEMENT SILVERSWORD became a rarity, having had low print runs, and at this point, it could have faded into obscurity, with only niche fans having ever had the chance to play it.

That was, until the 2011 XBOX 360 release of its spiritual successor Eschatos, which also included JUDGEMENT SILVERSWORD and its sequel Cardinal Sins. With more people in Japan having access to the game than ever, but outside of Japan, it was still just in the hands of importers.

But now, thanks to both Qute and Degica, you can play this amazing classic on the PC, anywhere in the world!

So why SHOULD you play it?

Simply put, in my opinion, JUDGEMENT SILVERSWORD isn’t just a great bullet hell shooter, it might be one of the best introductions to the genre that has ever been made. Now, this isn’t to say that it is easy, it can be super challenging (I still haven’t managed to clear the game myself), but what it does do, is pair down the options and tools at your disposal to a minimum (while still remaining fun), allowing you to focus less on which of your many weapons you are using, and more on pure shmup fundamentals. 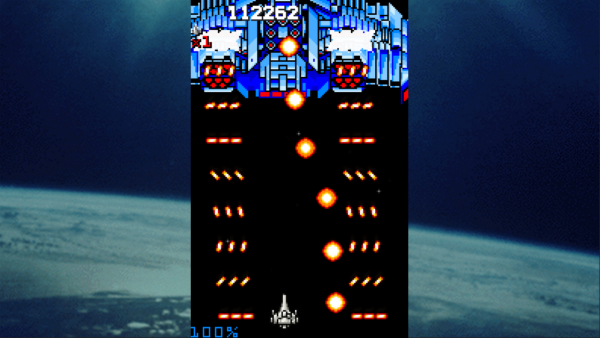 A lot of shmups give you so many options, both in weapons and scoring, that at full speed, a newbie can’t possibly make the decisions fast enough. Instead of slowly getting comfortable, they flounder as they try to figure out when to use what.

In JS, you have three options for weapons: Frontal Shot, Wide Shot, Shield. Frontal shot and wide shot are obvious, one pumps damage out in front of you, one spreads it out. The shield is a bit more tricky. You can use it to block out enemy shots, or even to damage enemies by using it at an extremely close range. It depletes as it is used though, so you will need to let it cool down over time.

The thing is, these are all very simple to understand. Lots of enemies on screen? Spread. Just a few dangerous ones? Focus. Lots of damage incoming? Shield. Now, you will learn more tricks than this over time (Including ways to alternate the spread and focus shots to do massive damage at close range), but this isn’t rocket science. 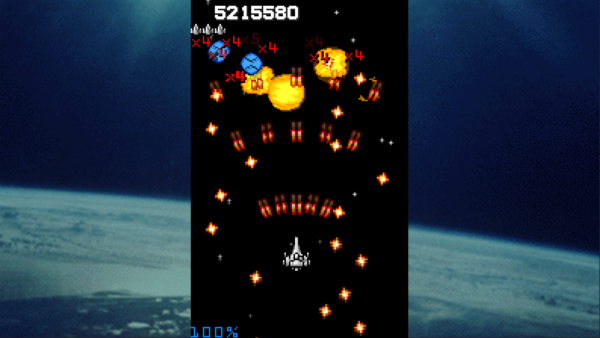 Add in that the scoring system is dead simple: Kill things as fast as you can, and you end up with a game that is a straightforward challenge to play for both survival and score, opening it up as a perfect shmup for beginners and veterans alike. So take a look at JUDGEMENT SILVERSWORD on Steam today!

Next post: This Contest Has Been The Bomb: Clarice Illustration Contest Results!

Previous post: The music fades on the Steam Winter Sale, only 24 hours remain!